“Sportivate has been the catalyst for so many developments at the club. The capital grant for new courts has been the icing on the cake, but the numbers of young people using the club and the confidence we now have to provide more outreach tennis development has been fantastic. Watching a session last week with our coaches working with a group of 16 special needs students was truly inspiring.”

Florence Tennis Club has been delivering Sportivate projects since 2011. Working as a hub club for several after school site clubs has enabled the club to work with a variety of teenage participants from across the city.

The Sportivate courses have proved to be so successful that the junior membership generated has contributed to the club gaining a substantial grant for capital works. 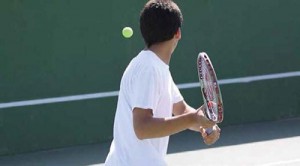 The club has engaged with over 200 teenagers on its Sportivate courses and has seen membership of the club increase significantly. As a result the club have sought and gained £98,000 in grants to install four brand new artificial grass courts with new floodlighting too.

£50,000 funding came from Sport England Inspired Facilities fund and £46,000 from Biffa. The projects have also generated a number of young leaders, who started on Sportivate courses and also found and gained an interest in assisting and coaching at the club. One young leader who started out on a Sportivate course in 2011 has obtained funding to take his Level 2 coaching course and is still coaching at the club.

There are also a number of young Sportivate participants that have since risen through the club and are now playing in senior teams at the club.

Sportivate has been a catalyst for other partnership working and development at the club. The club work with Stoke City Community Trust and have gained funding from the Satellite Clubs fund to continue the schools development work. This has allowed a new round of Sportivate projects to diversify and concentrate on outreach courses for those with a disability and work with new partners to attract participants from BME groups.

The club has attracted over £8000 in Sportivate funding from SASSOT. More recently, working as part of a group with other Stoke-on-Trent Sportivate providers that SASSOT has chaired, has given us the confidence to embrace partnership working and work with priority groups within the city. 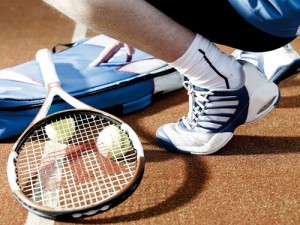